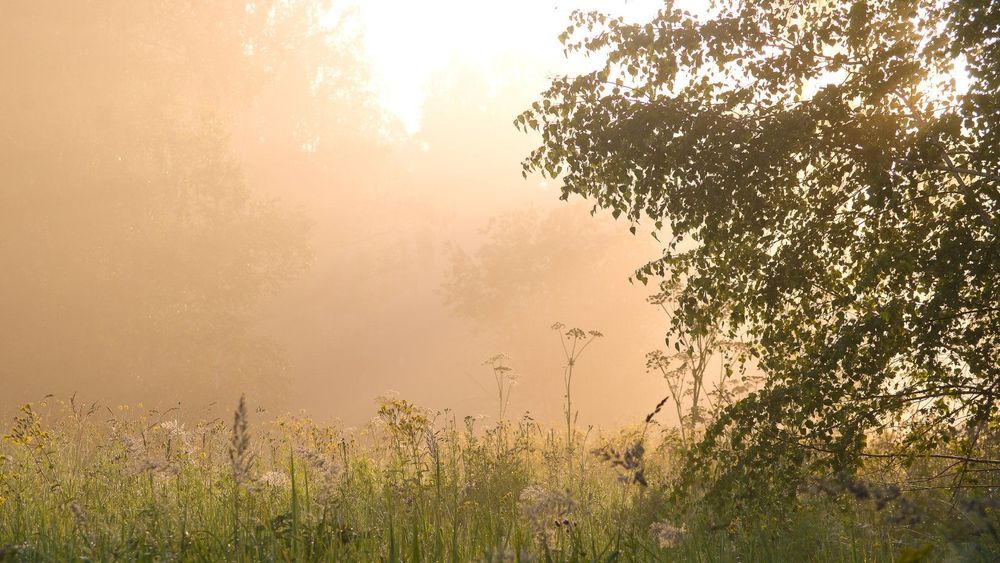 The United Kingdom was once a country flourishing with meadows and an abundance of wildlife to behold both above and below the ground. It is no secret that we have lost over 97% of our wildflower meadows and wild spaces that were once full of life, are now housing estates or farm land. A movement trying to avert the biodiversity crisis and help nature spring back, is the Vegan Land Movement, an inspirational group of people set on taking land back from humans, and giving it back to nature. We spoke with the team to find out more about this inspirational company and just why rewilding in the UK is so vital, and how we can get involved in their growing movement.

V-Land UK (V-L): What was the inspiration behind the Vegan Land Movement?

Vegan Land Movement (VLM): The short answer for this is the land used to farm sentient animals has resulted in ecological destruction and species extinction.

So much land is used to rear farmed animals for their flesh and milk. To do this forests and wild ecosystems are cleared resulting in monoculture grazing systems and monoculture grain production systems to supplement the feed for these farmed animals. What we see as rolling grass pastures is actually an ecological desert. It is no secret that the earth is facing the sixth mass extinction and that here in the UK we have lost over 50% of our biodiversity. Countless species are predicted to be lost in the decades to follow unless we act fast to reverse this damage.

Wild animals and their plight are less seen as the victims of the animal agriculture system and the Vegan Land Movement CIC was created to change this and to highlight that the only way to help stop their extinction is to give the land back to them. In essence the removal of land from the horror of animal agriculture and to give it back to wild species is a three-way-win. A win for the farmed animals, a win for the wild animals and a win to help mitigate against climate breakdown.

VLM: The Vegan Land Movement is a CIC (Community Interest Company) and we were advised legally to choose this type of entity because of the Asset Lock feature. This means that all land acquired is locked from humans benefiting financially. The land acquisitions must benefit the community and we were able to weave into this that the beneficiaries are the non-human communities who will eventually inhabit the land. The only access that humans can have to these areas of land is to record species and for ecological monitoring and research. The bigger picture is that we will all benefit long-term from creating these wild havens so that biodiversity and wild species can recover.

The idea behind this is that the millions of vegans out there and on social media can become part of the movement. Global Vegan Crowd Funder the Vegan Land Movement’s sister initiative and vegan-only crowdfunding platform hosts a fundraiser to buy out land from animal agriculture. People can donate and we then outbid the farmers at auction and remove land from them and give back to nature. We save the land, we save species, we end the exploitation of farmed animals, and in turn we hope to save the planet and help create a vegan world, acre by acre.

Approximately 500 of us have now removed four parcels of land from dairy farming and blocked a chicken unit from being built on one of these plots. All of these parcels are now becoming wildlife oases. What could we do with 5,000 or 50,000? We could create a different system. This is the power of community when we all work together. 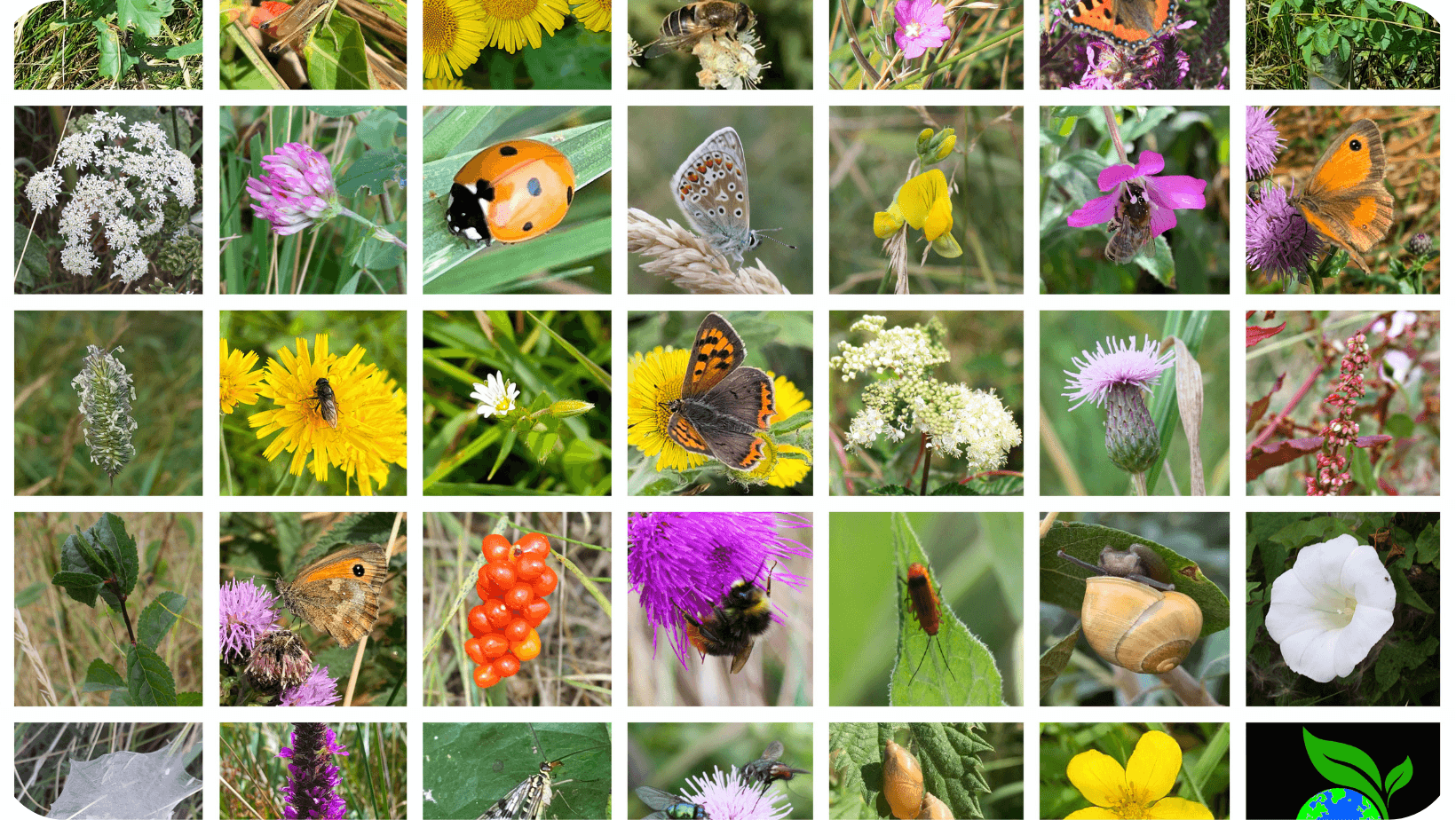 V-L: Why is rewilding in the UK so important?

VLM: Rewilding in the UK saves species facing extinction, it helps rebalance the biosphere, creates microclimates and locks in carbon. The earth is a self-regulating biodiverse system and we have made this system unstable by destroying nature, the very fabric that keeps the system in harmonious balance. Some environmental groups call this destruction the Great Unravelling. In the decades to come this instability will increase in speed because of crossing tipping points. We have a small area of time where we can change this but that time is literally running out. Many species will be lost and no species is in isolation because everything is interconnected.

VLM: We have just completed our first set of species counts and we were all very much overwhelmed with how much life had returned. We photographed and recorded a survey spreadsheet documenting what we found and if you sign up to our newsletter, you can see pictures of wildlife flourishing.

We were very sensitive in monitoring the VLM sites as so much biodiversity had returned. There are hundreds if not thousands of other species that were out of sight, hiding, nocturnal or too small to see with the naked eye.

V-L: This is amazing to see, and in such a short space of time too. When given the chance, nature really does bounce back. What are your goals for the future?

VLM: For the VLM to grow and for everyone to get involved. We could create a version in every country and collectively save millions of lives. We could all unite and remove several hundred acres from animal agriculture, plant forests and save countless species. We could as a large community do this over and over and also create veganic farms too. There are millions of us and if we all worked together we could achieve great change.

We have our eyes on several parcels of land but we have to keep their whereabouts quiet because when we are open on social media the farmers tend to outbid us. This is really difficult because people want to see the prize but we cannot divulge that information until nearer the auction date and when we get nearer the fundraising target. When we have shown the area of land in a full on campaign we seem to lose. When we blocked the chicken unit from being built we had to be very careful as two chicken farmers wanted this land along with the planning consent to build a chicken unit, but thankfully it was successfully blocked by our bid.

V-L: How can our readers get involved and/or donate?

VLM: If people would like to get involved they can join us on the next fundraiser #DairyLandBuyout5, this is our next generic fundraiser page and we would love for people to subscribe to VLM and become a member, and join us on Twitter too.

We wish VLM every success for all future rewilding projects and we’re sure our readers do too. For more information on why rewilding is so important, check out our recent article on the biodiversity crisis nobody is talking about.