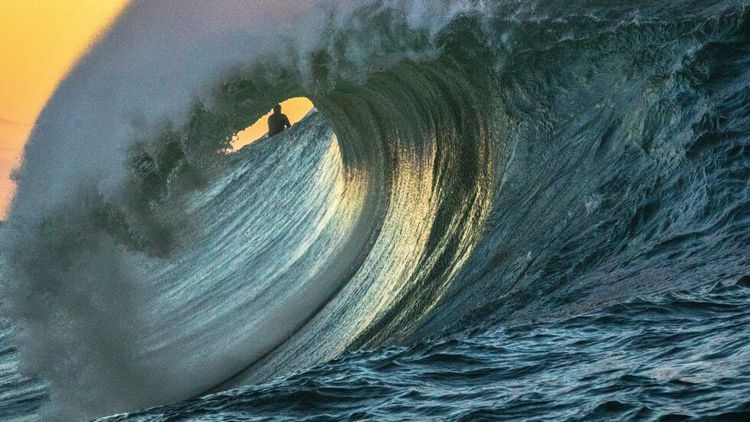 World Ocean Day: 5 reasons to go vegan for the oceans

There are so many great reasons to be vegan, but saving the oceans should be high on our lists, as we humans are affecting the seas with everything from climate change to plastic pollution. The good news is that by adopting a vegan life, we can help preserve the oceans and their amazing creatures going forward. Here are a few reasons to go vegan for the oceans.

Even if you only eat one type of seafood, the process of catching these fish has consequences for all marine animals. For every one pound of fish caught for human consumption, up to five pounds of other species are caught and thrown away — around the world, as much as 40 percent of caught fish and bycatch goes to waste. In addition, it’s estimated that fishing vessels kill up to 650,000 whales, dolphins, and seals every year. Being vegan will help save all of these animals. Learn more at Cowspiracy.

We’ve all heard of the Great Pacific Garbage Patch, and this is just one of many regions of the ocean inundated with our trash. The fact that fishes consume this plastic is reason enough to give up eating them, but fishing itself is a large part of the pollution problem: 70 percent of plastic in the oceans comes from fishing gear, and in only one day, longline boats put out enough fishing line to wrap the planet 500 times over. And fishing-industry pollution isn’t limited to plastic: oil leaked from fishing boats coats the feathered bodies of penguins and other seabirds, which kills them by destroying their natural insulation. Learn more at Seaspiracy.

Being vegan is important to the oceans not only to help keep plastics and oil out of the sea but to keep waste from animal agriculture out of the water as well. Millions of gallons of manure enter our waterways and oceans from factory farms, which not only kills fishes but also raises the temperature and acidity of the oceans. By not eating land or sea animals, we’ll help make the planet cleaner for everyone.

Krill are crustaceans that are tiny but absolutely essential for healthy oceans, and especially for healthy marine animals. Yet krill (which are used to make supplements for humans and to feed farmed fishes) are overfished — more than 100,000 tons of krill are caught every year. And this means that polar marine animals, including penguins, seals, whales, and fishes, don’t have enough krill left to feed themselves. A recent study in Ambio journal shows that when high numbers of krill are caught near Antarctic shorelines in warm years, penguin populations decrease in the following year (the farther penguins have to travel at sea to find food, the less likely they are to return to their mates in time to feed their chicks, who will die of starvation). By leaving the krill in the oceans, we ensure there will be plenty to eat for the penguins and other animals who depend on this food source.

While plastics and oil from fishing boats cause plenty of pollution, ghost nets are uniquely harmful. Ghost nets — abandoned or discarded nets from fishing vessels — trap animals and cause them to choke or starve to death. If we can reduce the demand for seafood, this means fewer fishing boats out there and fewer animals — including dolphins, whales, sharks, sea turtles, rays, and seabirds — who will be trapped, maimed, injured, and killed by abandoned fishing equipment.

Warming oceans not only threaten krill, but climate change has other devastating consequences for animals who live and eat at sea. The endangered Galápagos penguin is threatened by ongoing drastic climate events, and a recent heatwave killed hundreds of Magellanic penguins in Argentina, where penguins breed on land and temperatures reached 111.2 F in the shade in 2019 — the highest temperature recorded at the Punto Tombo colony since researchers began studying it 40 years ago. University of Washington researchers determined that most penguins likely died of dehydration; they found 27 percent of the adult penguin bodies along paths heading out to the ocean in search of water. Being vegan helps limit the greenhouse gas emissions that affect marine animals like penguins, who breed on land.

Despite the issues facing our oceans, the bright side is that we can be the change. Being vegan is a great first step — for the land, for the oceans, and for all the human and nonhuman animals on the planet.

Midge Raymond is the author of the novel My Last Continent (about a penguin researcher who becomes a rescuer when she encounters a tourist shipwreck in Antarctica) and is co-founder of Ashland Creek Press, a boutique publisher devoted to environmental and animal literature.