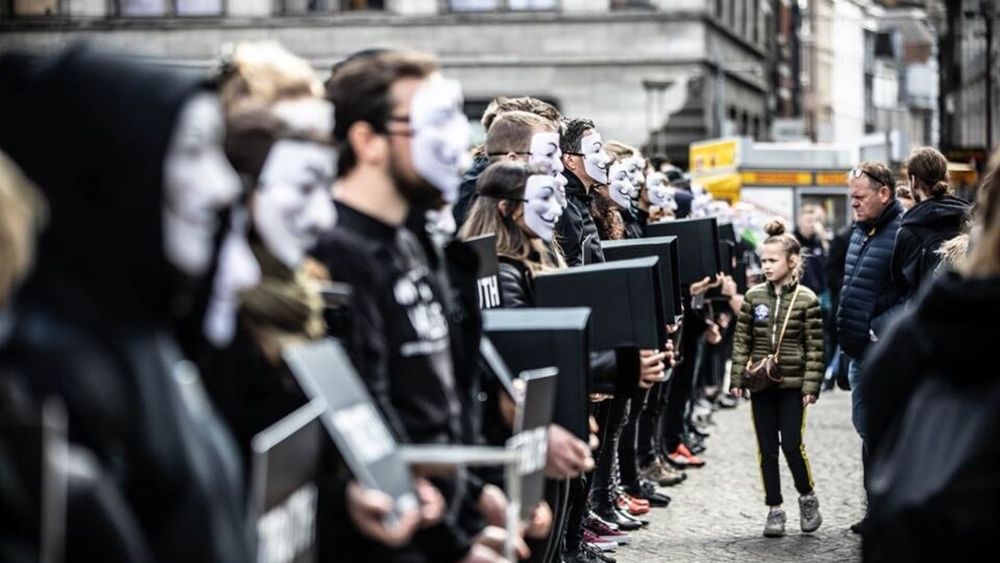 Anonymous For The Voiceless

Someone who helps and supports others who are part of a group that is treated badly or unfairly, although they are not themselves a member of this group.

Non-human animals cannot galvanise their own movement. Therefore, of all the oppressed beings on this planet, they are some of the most in need of allies, and as the animal rights movement continues to grow, it offers more opportunities for individuals to become those allies. Should you wish to get involved with animal rights activism, here’s some inspiration as we explore different types of UK animal activism including an exclusive interview with Animal Equality who are using a unique approach to animal activism using virtual reality.

The UK animal rights movement is dominated by street outreach as it is effective, easy to set up and generally accepted by the public. There are many animal rights groups who specialise in this form of activism including We Stand for the Animals, Earthlings Experience, We The Free and Anonymous for the Voiceless. They all operate in a similar way and involve activists standing in a pedestrianised area so the public can stop and talk to a vegan outreacher. The outreachers hold screens and show footage of standard practice in the animal agriculture industry. These sort of demonstrations aim to educate the public through conversation by challenging those that stop to think about the animal use and exploitation they are watching. They encourage activists to use the Socratic method during discussions. This approach uses questions to determine core values, principles, and beliefs that will hopefully lead the person answering them to a vegan conclusion.

Join vigils at slaughterhouses with the Save Movement. They are a global organisation that introduced the concept of peaceful vigils outside slaughterhouses. Canada was where it all started when the Toronto Pig Save was set up in 2010 but they now have vigils throughout the world, with many throughout the UK that people are welcome to attend. This type of action involves standing outside a slaughterhouse and bearing witness to the animals as they arrive. The truck stops and the animals are briefly comforted before they enter the slaughterhouse. The moment is documented and shared to encourage those viewing the footage to think about the animals and to cease using and consuming them. The Save Movement’s ultimate mission is to bring all forms of animal agriculture to an end.

For the bolder activist, disruption events with organisations like Direct Action Everywhere (DxE) are something to consider. DxE states that they are a grassroots network of activists working to achieve revolutionary social and political change for animals in just one generation. Inspired by non-violent direct-action techniques used by other social justice movements they organise mass protests, open rescues and disrupt public events.

Activism need not be a bold statement or be part of a larger group event. You could go at it solo if that is something you’d prefer. Design and print out your own leaflets or stickers, organise talks at schools or businesses, fundraise for animal rights groups or sanctuaries, create a work of art, write a book, or start a blog etc.

Vegan Pixie Warrior has created a YouTube channel with the aim of uplifting and supporting other activists. She hopes to inspire others to get active for the animals in an easy and non-intrusive way. Her Bite Sized Activism series is jam packed with everyday animal activism ideas. These include stickering, writing in the sand when at the beach, wearing pro-vegan t-shirts and bags and asking about where to find vegan items in food and clothes shops. These all plant seeds or present the opportunity to start a conversation with someone who may learn something from you.

The potential for everyday activism is almost endless. Just get creative 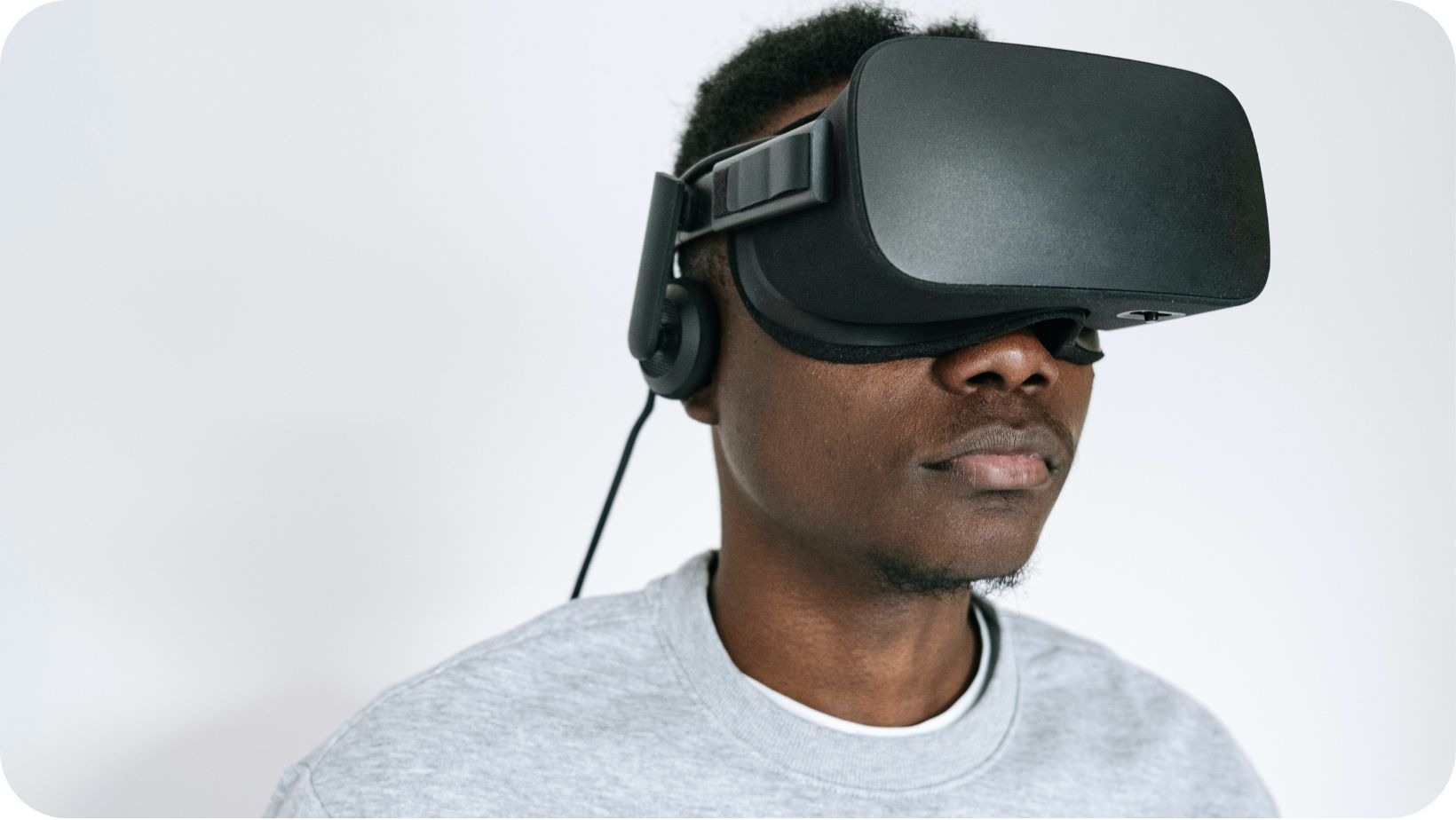 Animal Equality tirelessly engages with society, governments and companies with the aim of creating an equitable world for all animals. Their most innovative campaign raises awareness of animal suffering through the use of virtual reality. They have created three immersive experiences placing viewers in the position of either a pig, a chicken or a cow. This brings to life their experience as an animal who is farmed.

We briefly spoke to Animal Equality about their iAnimal 360 experience and they also provided us with quotes from people who have watched their videos.

Animal Equality (AE): The inspiration behind iAnimal was a result of the hundreds of investigations Animal Equality has carried out. We thought that if only we could bring people into these farms to show them exactly what the animals were going through, that they would in turn become vegan and join the animal rights cause. Using high quality 360 videos like iAnimal allows viewers to be transported into places they would otherwise never get to experience.

V-L: How can people join the iAnimal campaign?

AE: Animal Equality is happy to share the iAnimal videos with any organisation or activist who would like to use them in their outreach. Please email the Campaigns Manager, Dane Charbeneau, at DaneC@animalequality.org to find out more information. You can also view the videos in 2D and take the interactive tours online at iAnimal 360.

"Animal Equality's ground-breaking iAnimal project allows viewers to immerse themselves into the shocking reality of animal agriculture. My hope is that many people will see this investigation and in turn choose kindness over cruelty."

"Something extra-powerful comes across in VR. The heightened visual closeness brings about heightened emotional attunement and, thus, the true extent of the cruelty to individual, sentient animals."

"Virtual reality takes you to a place the industry tries to keep secret."

There are many more ways to help animals from the small, 5 ways to help save the bees, to the large, animal sanctuaries to support across the UK, and here at V-Land we hope we can continue to raise awareness of all the possibilities around UK animal rights.